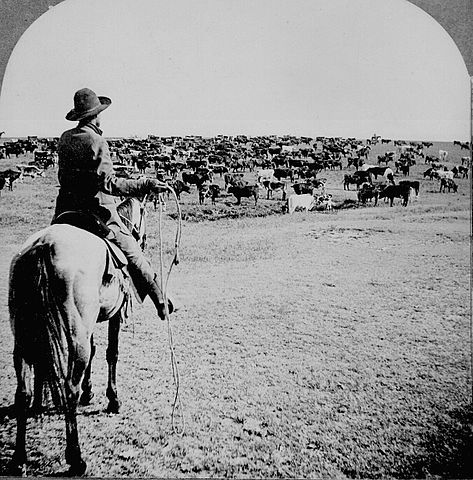 ‘Get Along Little Dogies’ – the music of Cisco Houston

Once again, our folk collection here is the source of this post. This unassuming volume, 900 Miles – the ballads, blues and folksongs of Cisco Houston, is yet another Oak Publication.

These earlier posts taken from other Oak Publications: The ‘House of the rising sun’ blues …, Hard-hit People: Songs of the American Great Depression, and A Time of Trial: More Songs from the American Great Depression took me on fascinating journeys, and I expect this volume to do the same. Interestingly enough, this is the only obvious library copy in the UK, despite it still being on sale.

Houston’s nickname came from Cisco, California, a railroad settlement (now largely abandoned) he passed through as he looked for work in the Great Depression. He was a folk singer, but also a cowboy, railroad worker, merchant seaman, and sometime actor. He and Woody Guthrie worked together, and this volume contains several names we’ve come across previously: Guthrie, Moses Asch, and Irwin Silber.

Asch gives some insight on Houston’s background in his ‘Letter to Cisco’ introduction:

You were not easy to communicate with and I didn’t find out about your background till much later … I would say ‘What about a Western song like Little Dogies?’ and you would tell me about the song, what it meant to you, why you chose the particular tempo that you sang in, rather than the one I would hear from others … and it came out that you lived the life of a cowhand, a roustabout and entertainer in roadhouses, and on the radio out West.

There’s a sketch of Houston on the front of our score, though his arm obscures many of his features. According to ciscohouston.com, he was

A handsome guy who didn’t like his picture taken.

Get along little dogies

As the photo illustrates, I’m haven’t mis-spelt the title of the song. A dogie is a motherless or neglected calf.

Here’s one of the verses:

It’s early in the springtime we round up the dogies, We cut ’em out, brand ’em and bob off their tails, Round up our horses, load up the chuck wagon And then throw the dogies upon the long trail.

And here’s a link to one of the many Smithsonian Folkways recordings of Houston that are out there on the web:

Woody Guthrie wrote his own piece about Houston for this volume. He clearly regarded the other man as a soul mate:

We are lucky, I think, to have a man like Cisco Houston … singing fighting and militant folk songs of social protest to the honor and dignity of the working man and woman everywhere across the humps and the falls of our country here. This is a big job and it is for big people with big faith in the humanly race everywhere.

A wrangler was the most junior amongst cowboys, his job being to look after everyone’s horse. In this song, Houston sets a long, narrative tale to a simple, eminently singable tune. Here’s the opening verse:

He was little Joe, the wrangler, he’ll wrangle never more, His day with the remuda they are o’er. It was a year ago last April that he rode into our camp, Just a little Texas stray and all alone. His saddle was a Texas ‘kack’ made many years ago With an OK spur on the foot lightly slung. His bed-roll in the cotton sack was loosely tied behind, And his canteen o’er his saddle horn was hung.

This last song has a slow 3/4 lilt in the bright key of E major.

I’ve circle herded and night herded too, But to keep you together that’s what I can’t do; My horse is leg weary and I’m kinda tired, But if you get away I am sure to get fired. Bunch up, little dogies, bunch up. Hi-oo, hi-oo, hi-oo

I’ll return to Moses Asch for the final word for now. I’ll be back to look at more of Houston’s songs in another post.

After all these years your recordings stand alongside the best of them and your guitar-playing is considered outstanding even among the experts. The fact that you composed many of the songs you sang is not widely known. They came out of your experiences and were hard to come by.